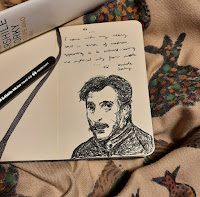 Today I have finally finished Hayden Herrera's book "Arshile Gorky, His Life and Art". I had always wanted to dive deeper into the life and works of Gorky but I had to wait until a month ago, when a dear friend sent me this book as a present.

I think what I am experiencing today may come close to post book depression. This book has left a profound effect on me. It did not quench my thirst for Gorky though, on the contrary, it left me hungry for more information on his work. Next I will be reading Black Angel by Nouritza Matossian. I am very curious about this second book, since it was written by an Armenian writer and is translated into Turkish and published by Aras Publishing, a publishing house from Istanbul that I highly respect (and of course, recommend). Herrera's book is a great source, but its lengthy explanations and over-embellished background stories were tiring to read. Sometimes it felt like she too was treating Gorky like something exotic and foreign and I felt irritated because this reminded me of the struggles I had while I was in New York as a student, (the constant push and pull: going from a foreign curiosity to something that needed to be reshaped in the melting pot). Again, it might very well be my own reflection and have nothing to do with the writer.

There were several passages that made me chuckle as Herrera explained in detail one Armenian cultural context after another. I didn't need those explanations, I understood them all very well, since those concepts are still well and alive in Anatolia. These moments made me feel even more kinship with Gorky. Goes to show how similar we are. It saddens me, when I think that the borders are still closed between Turkey and Armenia, that to fly from Istanbul to Yerevan, you have to take a transfer in Munich or somewhere else. How close we are yet so far apart. There has to be a way to mend this.

Herrera's book is a very valuable source, with citations from other artists, critiques and family and friends of Gorky. I finished reading it but I cannot put it back to the shelf. I need to re-read some passages and make some notes for myself, to research later on. I really enjoyed this book. It taught me so much about Gorky and his work, and helped me reminisce about my years as a young art student in New York. I don't  have to mention how inspiring and educational it is for artists and non-artists alike, to read in detail about the life and works of such an important artist.

Tomorrow when I walk into my studio, I will light a candle and play some Onnik Dinkjian as I paint.

Popular posts from this blog

in search for Komitas -1 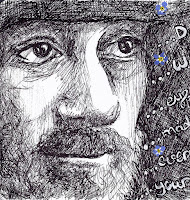 detail from  a sketch I made in my moleskine, on the train, while listening to Komitas, 2016 - Sevgul Sumer Dielemans I am still busy gathering resources, books, articles, cd's, anything I can get that can give me more information about Komitas.While I wait for these orders to arrive I am reading about the historical background of the times he lived in, and of course, Balakian's book (where Komitas is mentioned a couple times as well). Enjoy his music in the meantime, for I definitely do:
Read more

It has been a long time since I wrote my last blog. What made me want to write again are the reactions i still have been getting for my two blog entries about Alia Rachmanova ( Alja Rachmanowa and It arrived! ). Apparently there are several people on the internet desperately searching for more information about her. Here is the little information I have in my hands about this interesting woman. I hope it will be helpful to someone :) Meantime, you can find her books (mostly in dutch and german though) in second hand bookshops. Unfortunately it is almost impossible to find them anywhere else :( The following text is a compilation from the article "Alja Rachmanowa" published in the Flow magazine in Dutch. Thank you Flow, if you did not publish that article I could never learn about this extraordinary woman! Hope you do not mind my translation :P The Russian writer Alia (Alexandra) Rachmanowa (1898-1991) became world-famous with the wonderful trilogy “Love in the Red
Read more

evil strawberry arts and design is in mourning... 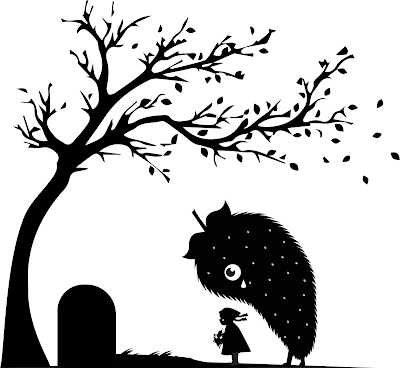